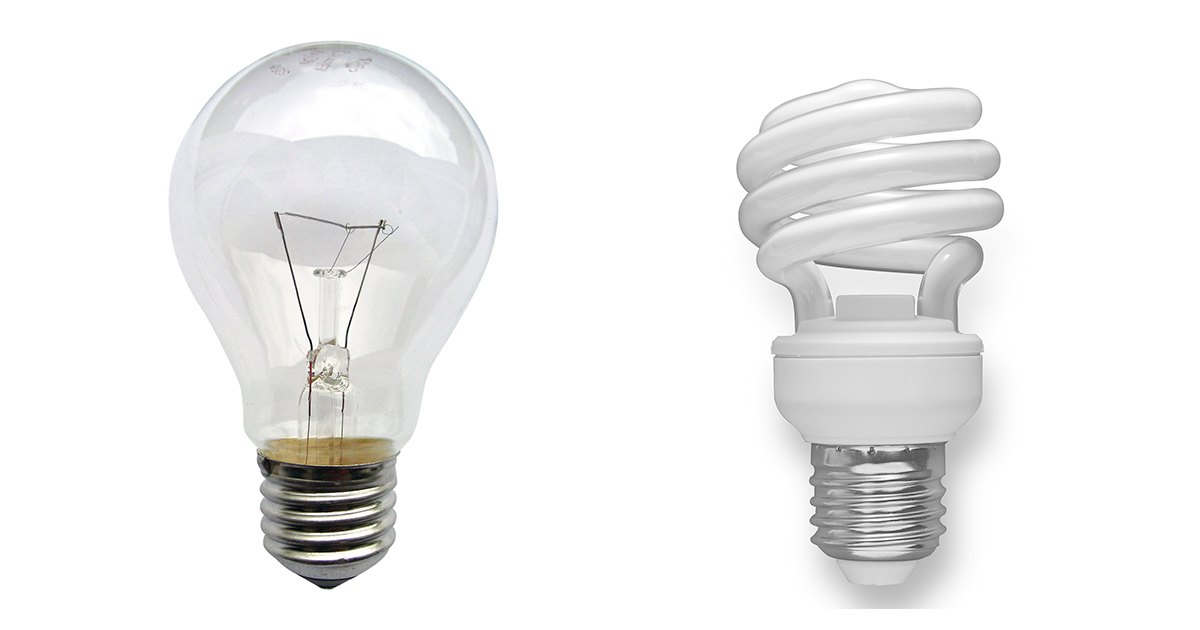 How does a lightbulb work?


In most households, the two commonly used types of light fixtures are incandescent bulbs and fluorescent lamps.


Incandescent Bulbs
An incandescent bulb consists of a tungsten metal filament inside a sealed glass bulb, which is either evacuated or infused with an inert gas that prevents it from burning up. When a supply of electrical current passes through the tungsten wire, the filament's temperature reaches around 3,140 to 4,940 degrees Fahrenheit. The emitted light appears yellowish, and a significant portion of energy is lost as heat.


Fluorescent Lamps
The components of a fluorescent lamp include a sealed glass tube containing a mixture of mercury and nonreactive gases, such as neon, xenon, argon and krypton. The tube is layered with a substance made out of phosphorus. When the lamp is flicked on, electrons are bombarded into the ionized mixture of gases and ultraviolet radiation is created. Because the naked eye cannot perceive ultraviolet light, it is converted to visible light by the phosphor coating.

For more information about how lightbulbs work, contact Pacific Lamp.